“I recalled that when personal computers were still young, they had to be booted up with a floppy disk. The first information to be read from that disk was a “boot sector” that instructed the mechanism on how to load the operating system. My experience with governance thrashes in the WELL, the River, Electric Minds, Brainstorms, and the Omidyar Network led me to believe that it is nearly impossible for a group to formulate a decision-making procedure from scratch – they need a boot sector with a minimum description of who can vote, and how the vote should be carried out. With that, the community can change the rules if they want – but at least they won’t have to argue about how to decide how to decide.” - Howard Rheingold, “Online Community Governance: Six Case Studies”

This use-case takes the governance-boot-sector analogy above a bit further. In traditional OSes, a boot sector is where one stores the initial code booting up an OS from a hard drive. But it’s also used to define and interoperate different firmwares and OSes that might exist on the same hard drive, e.g. if you wanted to run Windows 95 and 97 on the same computer and store it on the same hard drive.

The user flow for setting up this MVG can be extremely simple. See the mockups I added two posts below this one.

–edit–
Rather than being merely another administrative interface for configuring a platform install, the boot mode might make certain administrative functionalities and data directly available to all members (e.g. for testing) through the Metagov platform connector or through the Driver.
–edit–

Inspired by conversations with Philip and Martin at Ethereum.world and by writings of Howard Rheingold.

That’s a great metaphor—thanks for highlighting.

Thinking through what the user flow would look like, came up with a few UI wireframes. 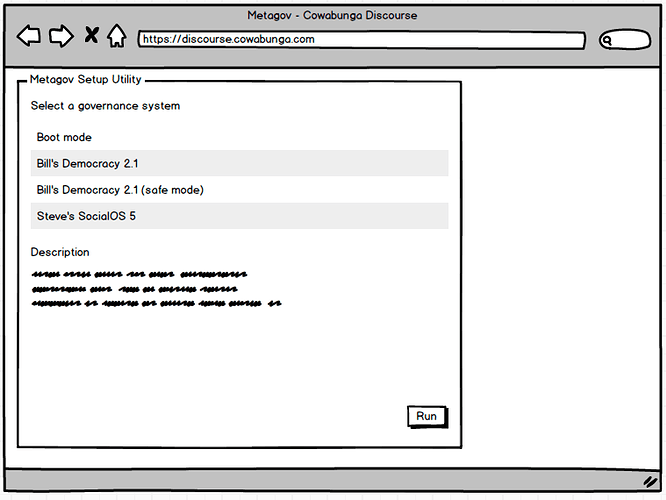 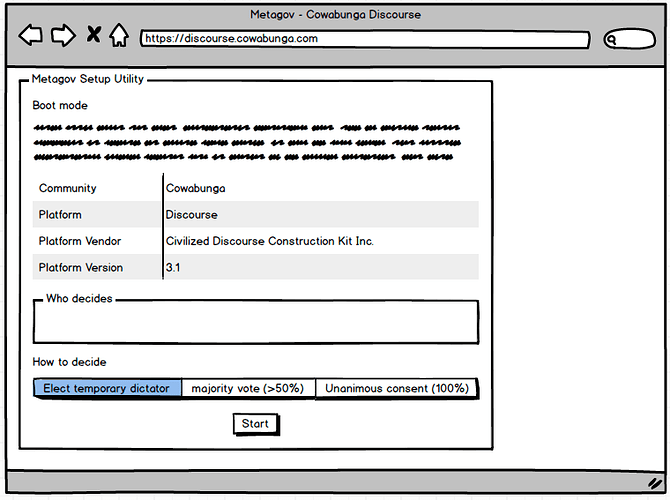 Side thought: if there is a Metagov UI, what if we went for a retro, terminal window look? E.g. 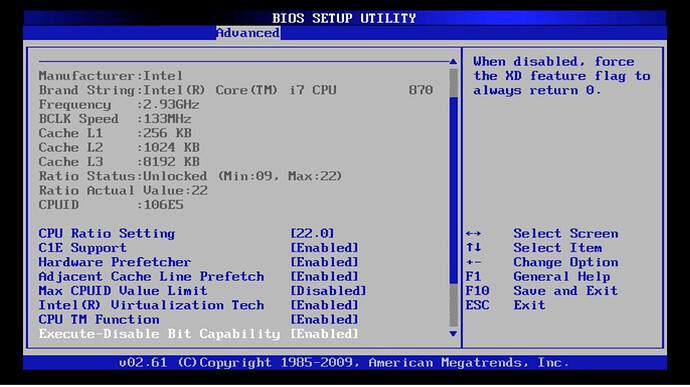